Fur seals and sea lions are some of the Galápagos Islands' friendliest wildlife. Whether they're playing on the archipelago's rocky shores, taking a snooze on a sun-warmed dock or doing some submarine gymnastics, they are always good for a smile and a photograph. Swim with seals and sea lions on our Galápagos Kayaking Expedition. 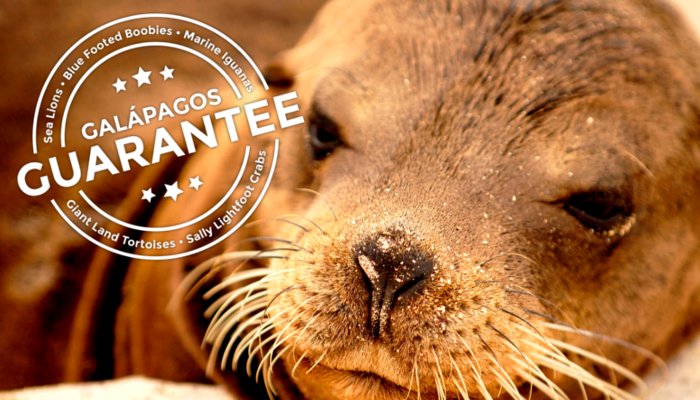 You won’t have to look hard to find a Galapagos sea lion. They loll around on docks, sprawl in benches, and gather en masse on rocky shorelines and sandy beaches throughout the islands. Inquisitive, playful, and acrobatic, sea lions are a Galapagos fauna frontrunner.

Galapagos sea lions aren’t just conspicuous because they’re a familiar sight; they are also the largest animals found within the archipelago with grown males (or bulls) weighing up to 550 lbs. The females are much smaller, and you’ll find them hanging out in large harems with their pups protected by a dominant male.

The sea lion hierarchy is fascinating to watch. A harem’s dominant male goes on daily patrols of the coastal waters, protecting his territory from threats and other bulls. However, patrolling really takes it out of the dominant male, and they usually only hold the position for a few days to three months. Then, bull fights break out over the territories and a new dominant bull rises to power.

Where to find Galapagos sea lions:

Bulls without harems are found in large bachelor colonies, which are usually located in less desirable locations such as rocky cliffs or lagoons further inland. Harems get the best beach spots, and visitors can find groups of baby sea lions in shallow water “nurseries” being watched over by a mother while the other women are out fishing. Pups are born during the Garúa season which runs from May to December, though the timing staggers throughout the colonies occupying different islands. If you visit during the Garúa season, odds are you’ll find Galapagos sea lion pups in various stages of development.

Snorkel with sea lions on our Galapagos Unbound Signature Tour. 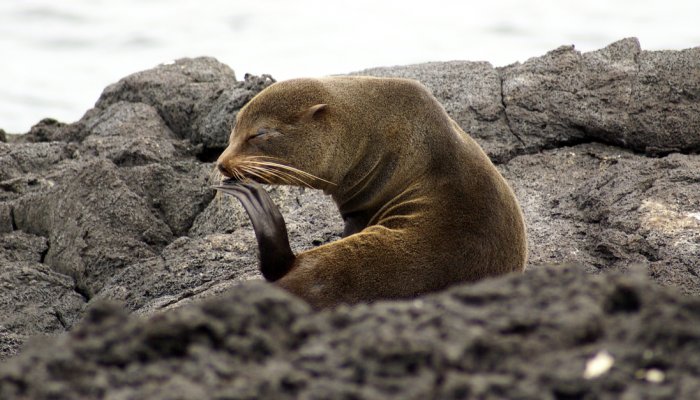 These little guys are actually seal imposters! Though they carry the “seal” name, they are actually sea lions. Perhaps they were dubbed “Galapagos fur seals” so that the didn’t get confused with the other, suitably named, “Galapagos sea lion.”

Despite being a “sea lion,” the Galapagos fur seal looks significantly different than the Galapagos sea lions. Fur seals are smaller, with shorter heads topped with larger eyes and ears. While they also are known to have larger front flippers as well, to aid them as they climb the rocky coasts they prefer, it’s probably the thick fur coat that will tip you off.

Their adorable fluffiness comes with a price, however; fur seals are much less fond of the heat than their sea lion counterparts. They often find their way to chillier, shaded waters that surround more rugged shores in order to keep cool.

Where to find Galapagos fur seals:

Their habits often keep them to less populated locations on Santiago’s James Bay or Genovesa Island’s Darwin Bay, so visitors often leave with the impression that the sea lions greatly overpopulate their furry friends. Their populations are actually quite similar; you just need to know where to look.