As a thin strip surrounding the islands, the intertidal zone may appear inconsequential compared to the rest of Galapagos’ many dynamic ecosystems. However, when all the stretches of coast are added together the Galapagos has about 40 square kilometers of intertidal coastal zone—which makes the zone about two thirds as big as Española Island. Many creatures take advantage of this harsh yet thriving coastal habitat, and the tide pools house microcosmic ecosystems just as intricate as those on land.

The intertidal zone houses many of the islands’ marine invertebrates which include marine annelids (or segmented worms), mollusks such as snails and shells, sea urchins and sea cucumbers, sponges, sea anemones, starfish, and cnidarians such as gorgonians and corals. 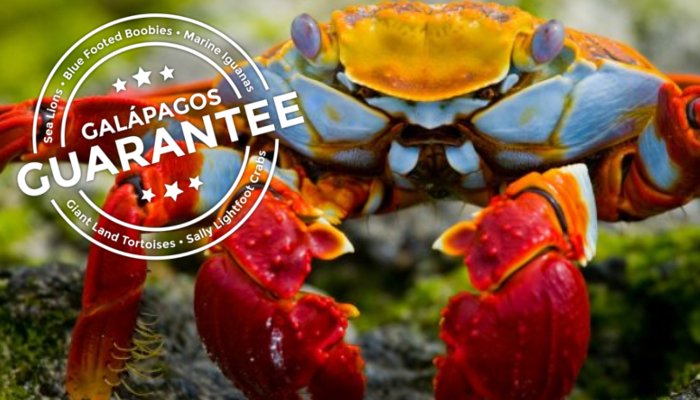 The Sally Lightfoot crab is also known as the red lava crab. They are abundant throughout the islands, creating a scurrying carpet of color. With their striking bright red and blue bodies, they create a stark contrast to the black volcanic rock. Although they are a common sight throughout the archipelago, they are difficult to catch as they are incredibly agile. With the ability to climb vertical inclines and run in four different directions, they are impressively mobile.  According to rumor, the Sally Lightfoot crab was named after a Caribbean dancer in honor of their nimble footwork. 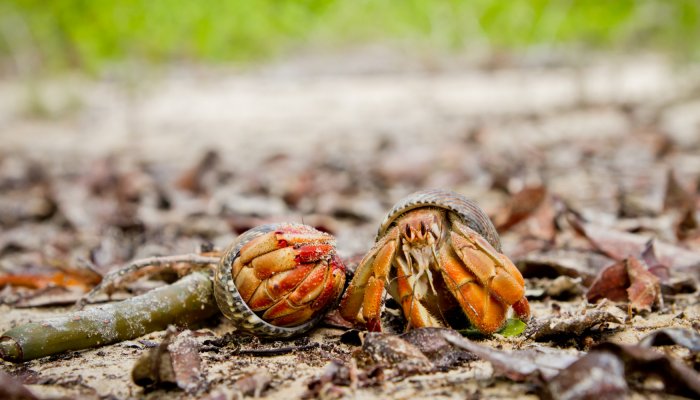 The endemic Galapagos hermit crab is a bit of a homeless itinerant. Lacking its own mollusk shell that serves as a source of protection and shelter, the hermit crab seeks the abandoned “houses” of others. As they continue to grow larger, they continue the search for larger shells. 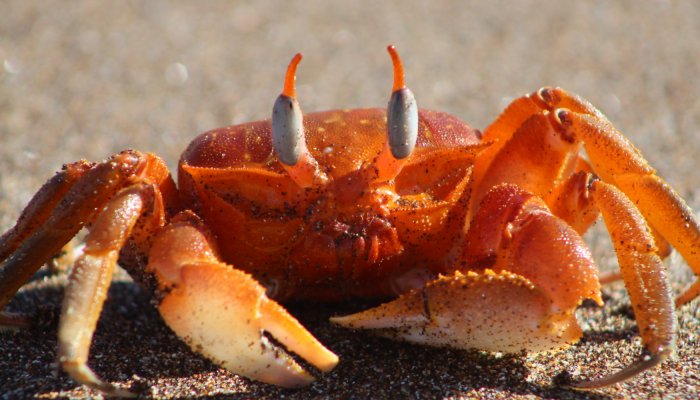 Unlike the neon-colored Sally Lightfoot Crab, the ghost crab blends into the sand with their pale-colored shell. The ghost crab did not only get its name for its wan complexion; they also have a rather elusive disposition coupled with a nocturnal lifestyle. Visitors are more likely to trace the ghost crab’s presence by tracking the burrows and gathered “sand balls” that create sandy trails for crustacean sleuths. Ghost crabs have a spectral presence on the islands much different than their lightfooted friends.