In Ecuador’s freshwater habitats, found in the Amazon and other river systems, around 800 species of fish can be found. In contrast, about 450 species inhabit the Pacific Ocean that surrounds the mainland and its islands. The reason for this discrepancy is simple: the murky waters of the Amazon present much higher nutritional value to the species of fish than the surrounding Pacific Ocean. Ecuador’s fish are uniquely adapted to their environments, and while many are beautiful and tasty to eat, there are many that are awe-inspiring yet somewhat intimidating.

While not as physically intimidating as the arapaima gigas, the candiru can be just as terrifying. The candiru are small, freshwater catfish known for their parasitic tendencies. More so, they are notorious for their ability to fling themselves up urethras of those foolish enough to urinate in the Amazon’s dangerous river systems. Such cases are incredibly rare, however. The candiru are much more likely to prey on their fellow fish, and rather than taking a more invasive route simply attach themselves to larger fishes’ gills with their spines. Once attached this way, they can feed on their host’s blood as a nutritional source. 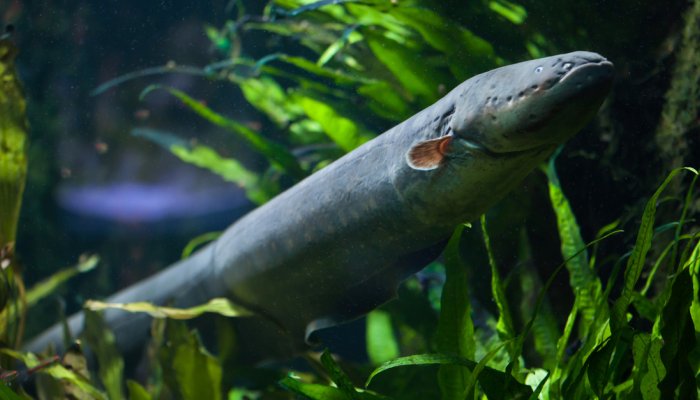 Despite their name and serpentine looks, electric eels aren’t actually eels. Rather, they are closer to the classifications of catfish or carp as members of the knife fish family. Although the ‘eel’ portion is misleading, the ‘electric’ part is spot on. Electric eels can produce a charge of up to 600 volts, a charge they generate to stun or threaten both predators and prey. To put their charge into context, 600 volts is about 5 times as powerful as the charge of a standard wall socket.

The electric eels are electric on a cellular level as they have around 6,000 unique cells called electrocytes that contain and store charge much like tiny batteries. When facing a threat or in attack, the cells generate the charge in unison. This cellular charge serves other purposes as well, as the eels emit low-levels to serve as a form of radar to make up for their poor eyesight. As such, the charge not only helps them overpower their prey or evade predators; it helps them navigate the murky waters of the Amazon as well.

Electric eels usually reach over 8 feet in length and can weigh over 44 pounds. They resemble snakes with their cylindrical bodies and flattened heads as well as their dark green to gray bodies with some yellow coloring their bellies. Although belonging to the knife fish family, they require air to breathe and so spend a decent amount of time surfacing the water.

Their thick skin usually insulates them from their own electric currents, but if they are wounded they can actually electrify themselves. 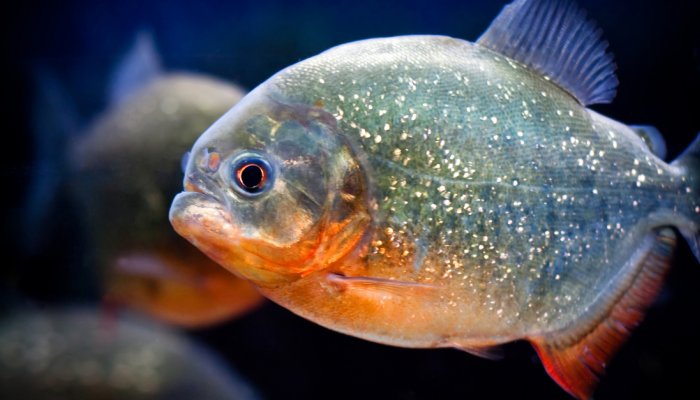 Although piranhas have gotten the Hollywood treatment, they are truly only aquatic vultures rather than monsters of the deep. While Spectre famously killed off one Bond girl with voracious piranhas in You Only Live Twice, you should not fear. Piranhas have been shown to only nibble on humans once they are already dead. Even if piranhas feast on small mammals, it’s also usually postmortem. Science has effectively busted the man-eating piranha myth, but the myth persists somewhat.

Piranhas truly do have sharp, serrated teeth adapted for their carnivorous appetites that are much like shark’s teeth. That being said, a standard piranha diet is made up of crustaceans, fish, insects, worms, and carrion. Occasionally, if food sources are low and competition is high, piranhas turn to cannibalism to take a bite out of their friends: dead or alive. Of course, piranhas seem to fight stereotypes, and so some of them have been found to be vegetarians feeding only off riverweeds.

If you do happen to be taking a dip in the Amazon, it’s good to remember that piranhas like to be left alone. Much like bears, they are best when unprovoked. Although they have gained an intimidating reputation for swimming in packs, or shoals, in order to allow them to consume larger prey quickly, they truly only travel in large numbers for safety. They even swim in larger packs near the shore where they might be more vulnerable to other predators. That being said, piranhas are attracted to splashing, noise, and blood. So if you happen to start bleeding after indulging in a water fight, it’s best to get away from the water.

It might be Teddy Roosevelt’s fault that piranhas get a bad rap. After his journeys through South America in 1913, he wrote Through the Brazilian Wilderness. In his book he included a description of his encounter with piranhas:

They are the most ferocious fish in the world. Even the most formidable fish, the       sharks or the barracudas, usually attack things smaller than themselves. But the piranhas habitually attack things much larger than themselves. They will snap a finger off a hand incautiously trailed in the water; they mutilate swimmers—in every river town in Paraguay there are men who have been thus mutilated; they will rend and devour   alive any wounded man or beast; for blood in the water excites them to madness.

It’s a good thing Roosevelt isn’t known as the president who can’t tell a lie, as his harsh misrepresented of piranhas went on to be widely read and accepted. 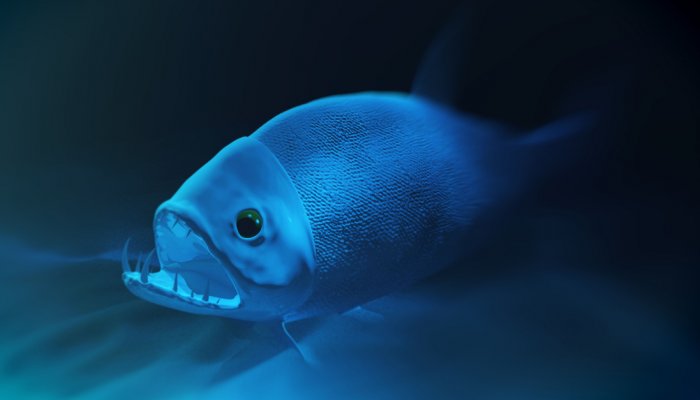 This fanged fish have menacing teeth that can grow up to 6 inches long—so long that the fish have adapted holes along their upper jaw for the fangs to fit into. Although they may not drink the blood of their prey, they are known to impale them on their fangs. Once the prey is taken, they usually swallow them whole. Occasionally, they create bite-sized pieces if the prey is too large. It seems fitting that these fish with such terrifying visages primarily feed on piranhas, who have a terrifying reputation. As they say, there’s always a bigger fish.

Payaras may not be the Amazon basin’s largest fish, but it’s no small guppy. They can grow up to 47 inches and weigh up to 40 pounds. Despite their size, they are incredibly fast and aggressive predators, even more so as they prefer the quicker moving waters of the Amazon. For this reason, payaras are considered a prized sport fish because they put up impressive fights against wranglers. 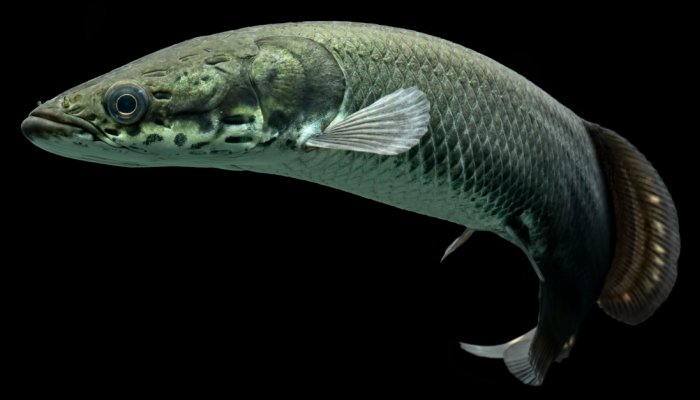 The arapaima gigas is also known as the paiche or pirarucu in Ecuador. It’s a giant among guppies in Amazon’s river systems as it can reach over 3 meters in length and weigh over 200 pounds. Not surprisingly, they often meet their demise at the end of a harpoon than a fishing hook. These giant carnivorous fish are covered in armored scales and feed on fish and birds dropping by. They stay close to the water’s surface as they need to breathe the air on the surface as well as using their gills for oxygen.

They live in lagoons and are becoming rare due to overhunting. They are packed with protein, and so they often make a good meal for a local family for quite some time.

The arapaima gigas are so ferocious that even their tongues have teeth.